Patients and families who have been impacted by hepatoblastoma are pictured here and throughout the site. If you would like to share your child’s story or photos on our site, please do not hesitate to reach out to our team using the contact submission form under Contact Us! 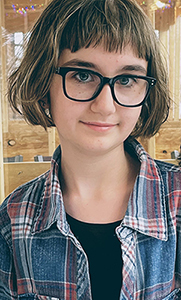 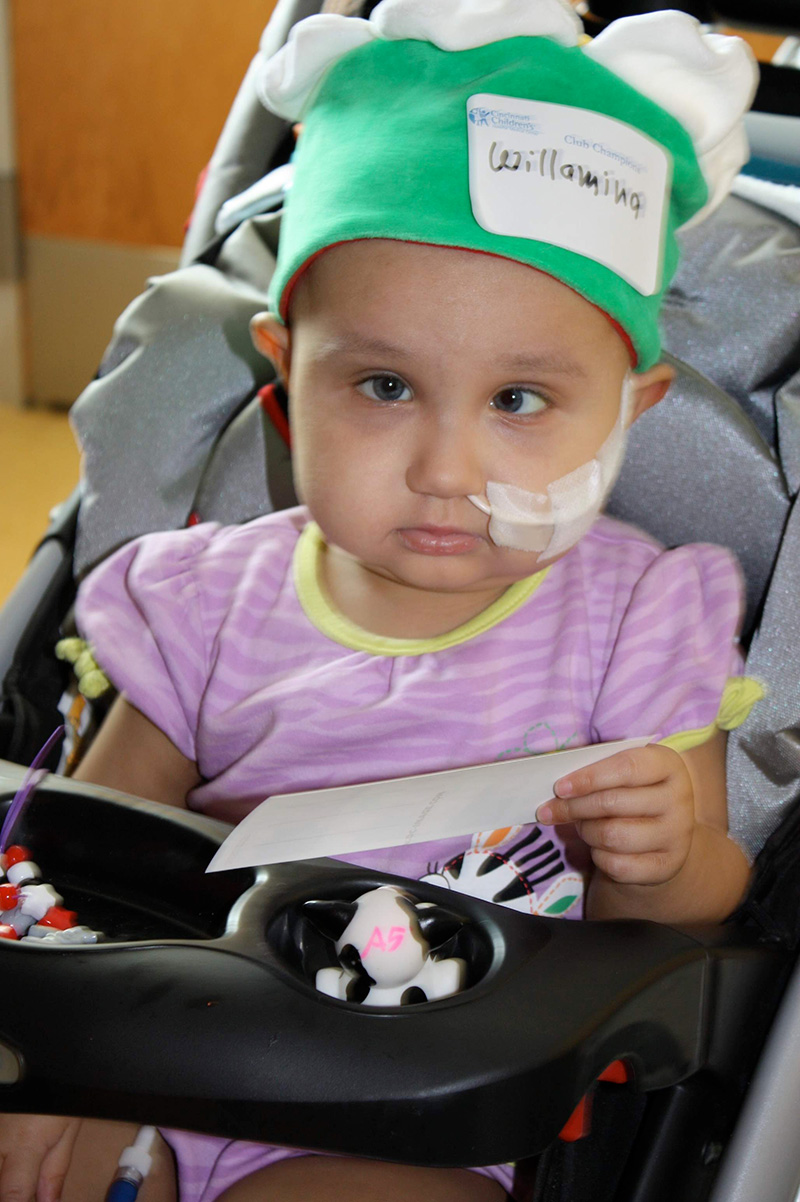 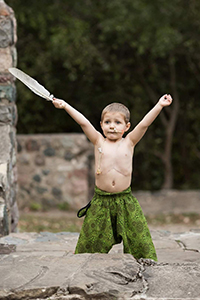 Henry was diagnosed on December 1, 2014. He was 2. After poor response to front line chemo at our local hospital in Michigan, Henry's condition worsened. His tumor compressed most of his right lung, necessitating supplemental oxygen use. We met Dr. Geller and Dr Tiao for a consult on February 2, 2015 and Henry was admitted to Cincinnati Children's for aggressive supportive care. Henry had a complicated resection with diaphragm repair on February 12. With the tumor gone, Henry's spunk returned, his AFP plummeted, and everyone was happy. However, his tumor pathology showed rhabdoid and undifferentiated small cells and three gene mutations, including NRF2. We proceeded with aggressive follow-up chemo and close monitoring. He relapsed once in the liver and twice in the left lung. He had two more surgeries and we tried numerous other treatments. However, his final relapse was inoperable. He died at home on November 15, 2015. 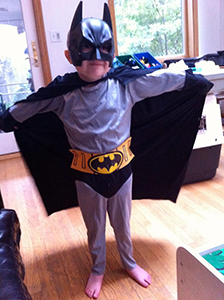 Addison was a typical loving, energetic six-year-old who loved everything about life, until about the first week of March 2012. While on a trip to Walt Disney World, Addison was super lethargic and not acting how a typical six-year-old should act while vacationing at the Mouse House, sick or not.

Once they returned, Addison seemed to be going through severe separation anxiety from her parents. She didn’t want to go to school, nor did she want to go to cheerleading, both of which she typically ran out the door when it was time to go to either one. Addison was still lethargic, but it was getting to the point as soon as she was at home from school at 3:30, she would put her pajamas on as soon as she walked in the door and would want to lay on the couch until it was time to go to bed. Her eating habits changed and she started to become what most would label a picky eater.

On Wednesday, April 5th, 2012, Addison’s doctor called and spoke to Steve telling him all of her numbers from her blood work were off. He scheduled an ultrasound for her the next day. During the ultrasound, a large mass was found in her liver. At that time, everyone told Steve & Erin to not think the worst because the mass could be a multitude of things. They then went for an MRI, which proved it was a mass, but it also proved it was the beginning of a much longer journey.

They were referred to Dr. David Rothstein, a pediatric surgeon at Children’s Memorial Hospital. On Tuesday, April 11th, 2012, they met with him and spoke about what was going on. Dr. Rothstein said two-thirds of masses found in children’s livers are cancerous. He ordered a CT scan because at this point he was more concerned about the tumor spreading (which officially took over for the word mass at this point). From the CT scan, we received good and bad news.

The good news was the tumor was only in her liver. However, the bad news was that is located around the portal vein, which is the vein that pumps blood into the liver to be filtered. Dr. Rothstein said he could take it out but it would be best to try and shrink it with chemotherapy and go back in and remove it later. He scheduled a biopsy for the next day, Wednesday, April 12th.

Addison was a trooper with all of her chemo treatments. But after a few rounds of chemo, her parents noticed the tumor wasn’t doing much. Steve and Erin started researching for second opinions. On July 18th, 2012, Dr. Jim Geller, out of Cincinnati Children’s Hospital called and asked to bring Addison out to Cincinnati for a transplant consult. She was unanimously put on the transplant list for a new liver.

On September 20th, 2012 Addison received a new liver and technically became cancer-free. The end of September and the entire month of October were her best months. She gained weight, she played, and she loved visitors at their temporary home at the Ronald McDonald House.

On November 13th, 2012, Steve and Erin received the worst news: Addison’s AFP count was going back up. After a month and a half of looking for reasons why multiple tiny tumors were found in Addison’s lungs. Her family was sent home from Cincinnati for good to continue her treatment back in Chicago so she could be with her family as much as she could.

Some treatments worked and some didn’t. On Friday, July 19th, 2013 Addison passed away in her home surrounded by her parents and grandparents.

Addison’s legacy still lives on as she has inspired more people than a tiny seven-year-old could ever know.

Adelaide ‘Addie’ was a childhood cancer warrior with astounding strength and resilience; 3 years and 17 days was how long we were given with our precious gift. After months of frustrating ER visits for high fevers, Addie was diagnosed in November 2015 with Hepatoblastoma. We were on vacation visiting family when she got diagnosed. We received care at Children’s Hospital of Colorado and never went back to our home in Alaska.

Addie fought a fast-spreading disease with grace. About halfway through treatment, her liver tumor appeared to be chemo-resistant and she was fortunate to receive a full liver transplant. However, two months after her transplant, the cancer aggressively spread to her lungs and five months later it metastasized to her brain. After 10 rounds of chemo there was nothing more we could do but comfort her and shower her with love. Addie passed away at home on December 20th, 2016. Addie gave more to us than we could ever give to her and for that we are eternally grateful. 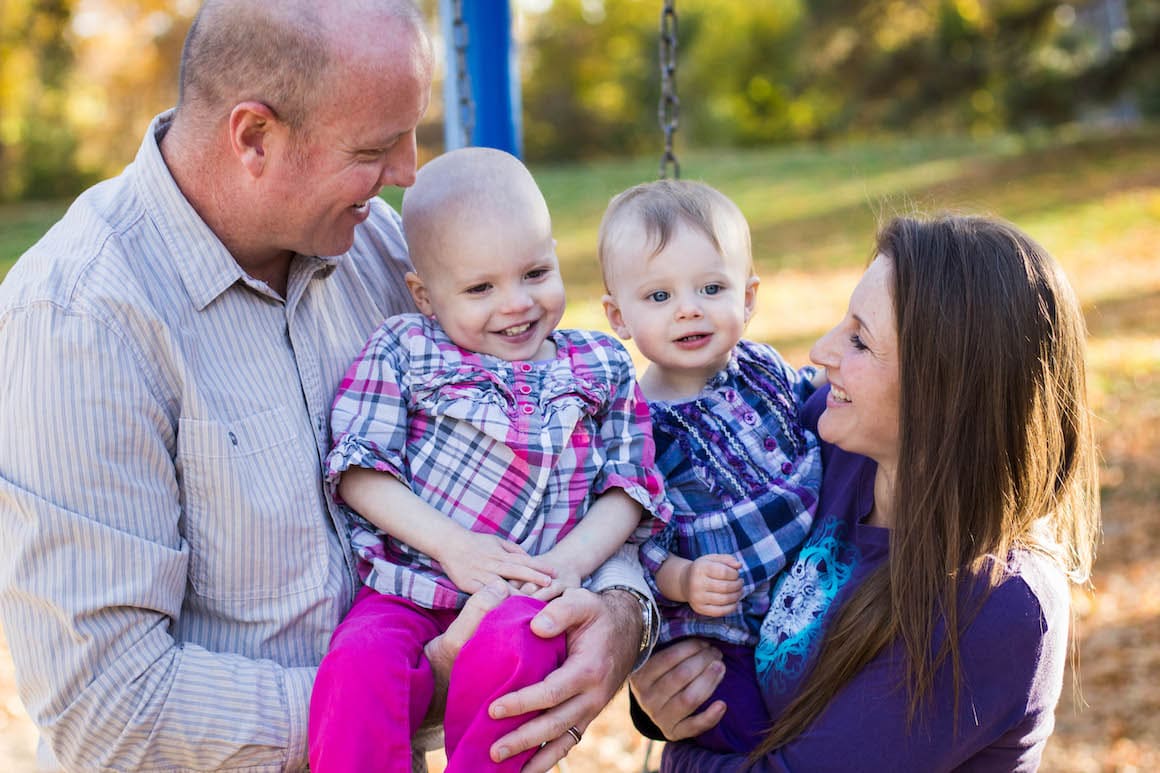